Venezuela Attempts to Jump-start a Failing Economy with an ICO. 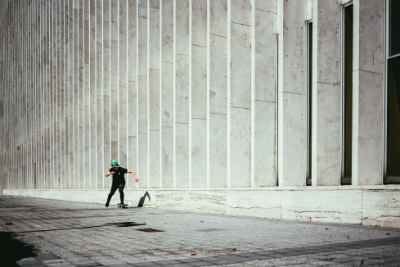 Venezuela has been the center of the Latin America news circuit for quite some time. The Latin American country is currently ruffling the world’s feathers by creating an ICO. In December of 2017, President Nicolas Maduro announced that he is planning on commissioning a new cryptocurrency: The Petro. The Venezuelan Cryptocurrency was launched in February of 2018 through a private “pre-sale” promotion. Maduro claims that the private sale raised over 735 million from the 38.4% they sold at a 60% discount. The Petro was initially conceived by Venezuela’s former President, Hugo Chavez. The Petro is a pre-mined cryptocurrency that is controlled and produced by the Venezuelan government. The Petro is different from any other Fiat Cryptocurrency because each unit is bolstered by Venezuela’s oil and mineral industry. Maduro has announced that the Venezuelan government has allocated 5 billion barrels of oil to support and back the value of their new cryptocurrency. The Petro is advertised as an ICO that is separate from Venezuela’s paper-based currency: The Bolivar. The Petro is built upon Ethereum’s blockchain and imitates the attractive features of Bitcoin—a marketing tactic to attract foreign investors following popular trends in cryptocurrency. The Petro is similar to a governmental bond offering with its connection to Venezuela’s Oil and minerals. Venezuela’s foreign trade minister, Jose Vielma Mara, stated that there is an agreement with Brazil to use the Petro for trading costs—although the Brazilian government has not officially made any announcements to support this claim.

The issue at hand is that a government-owned and backed ICO will still be subject to international laws and sanctions—meaning anyone in the US or EU will be committing treason if they invest in the Petro. Last August, Donald Trump, signed an executive order that banned all US-based financial transactions with Venezuela. The sanction bars any bond trades of any state-owned or affiliated entities along with any US creditor granting loans to Venezuela. In other words, Venezuela is cut off from one of the biggest importers of Oil in the world. The Petro is Venezuela’s attempt to circumvent the sanctions placed against them and access international financing and investors. However, the uncertainty of the Petro’s future is based upon Venezuela’s recent history with a complete socio-economic revolution.

The State of Venezuela 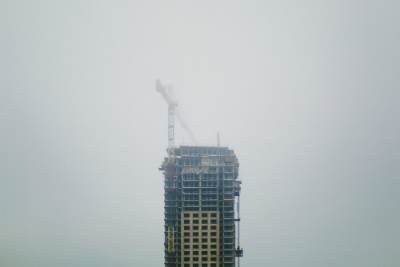 Venezuela has been in a state-of-crisis since the social and political reformations made under Hugo Chavez. Recently, Venezuela has been experiencing wildly rising inflation, plummeting of oil production, seizing of foreign, a famine from food shortage, and inadequate medical supplies—all from their failing economy. President Nicholas Maduro has inherited a failing state from his predecessor, Hugo Chavez. Although, the Maduro government has only continued to weaken Venezuela’s democracy. The Venezuelan crisis is founded primarily upon the 70% drop in oil prices in 2014 along with poor policy choices under Hugo Chavez. Hugo Chavez had a mission to redistribute the wealth of the country’s rich to the population—although the original plan for reforms progressed into revolution. Under Chavez’s government, there were fears of Capital flight and a complete collapse of the Bolivar.

The Bolivar itself was overvalued which caused the population to seek cheaper foreign products over anything local. Sadly, the Bolivar was unable to attract external financing due to its unattractive volatility. The result of the restrictions with international trade under Chavez and the value of the Bolivar caused Venezuelan businesses to seek other ways to circumvent the policy controls. The way businesses found this circumvention is through black market trading—which became a severe issue for Venezuela during the Chavez reforms—which he titled “21st Century Socialism.” Even with the promises of a socialized state, Venezuela’s base economy stayed in the capitalistic private sector and market dominant—relying primarily on Oil. When Venezuela’s economy is centralized on oil prices, then any fluctuations will drastically affect the country. In other words, when the volatility of oil prices drops then the entire economy that is based on it drops as well—a lesson that Maduro learned through experience. Black markets became valuable enough that their prices were included in the cost structure of essential goods in local commerce. Under the new policies, there was a vacuum for opportunities and incentives for corruption. The rise in corruption was paralleled with economic development. One of the most devastating avenues for corruption was with currency arbitrage. Private companies and wealthy individuals within Venezuela would sell the Bolivar on the black market. There have been resignations within the Maduro government in protest to his poor leadership. The former Venezuelan finance minister, Jorge Giordani, resigned after announcing that Maduro’s mishandling of the economy lost an estimated 300 billion in 2003-2012 through arbitrage alone.

The Petro in Review

The swan song of Venezuela’s failing government is being heard the world over. The Petro is President Maduro’s precordial thump to the failing heart of Venezuela’s economy. The Petro is the cryptocurrency extension of the Bolivar and is an attempt to attract investors who are blinded by the hopes of finding the next Bitcoin—similar to the tea company who changed their name to “Long Blockchain” and profited a 500% increase to their stock. In further attempts to force an increase in value to their new cryptocurrency, the Venezuelan government has announced that within 120 days of the Petro’s release. The new mandate will force all government institutions and companies to accept the new ICO. The new announcement is forcing all in-state commerce to use the new currency—which is more of an attempt to bolster the value of the Petro. While the Petro might not survive its first year of life, Venezuela is setting the precedent of state-owned fiat cryptocurrency that other nations are following. Russia has announced that they will be making the CryptoRuble, and the UK has the Royal Mint Gold—both are built upon an export. The shift in cryptocurrencies from a decentralized monetary system to a state-run one is a troubling development. There is a real possibility that Crypto markets will flood with torrents of crypto coins from companies and countries who are trying to take advantage of Bitcoin’s popularity.