Recently, the two banking giants UBS and JPMorgan Chase issued critical statements on Bitcoin (BTC) and cryptocurrency. The financial institutions cite different reasons for their beliefs, but they both reiterate pessimistic views on the idea of cryptocurrency itself.

The report written by UBS argues that Bitcoin is neither money nor a legitimate asset class. Its argument is that the fixed supply and inflation dynamics make price highly volatile, which precludes use as money or an asset class. It added that Bitcoin’s price must reach $213,000 in order to have the chance to replace the $3.63 trillion M1 narrow money supply of US dollars. But the report is skeptical that the number of users will ever rise to enable such a high valuation. The view is in line with the bank’s characterization of cryptocurrency as a speculative bubble last year.

The UBS report makes a few good points. Bitcoin prices remain highly volatile, which means it is both a poor medium of exchange and store of value. Also, when transaction fees rise as block sizes grow near the limit, merchants and sellers become hesitant to accept BTC for payment. Volatility and different prices on different exchanges signal that BTC is a risky store of value, as it can lose multiple percentage points in price after a few hours. However, Bitcoin’s endgame is not necessarily to replace the fiat money supply. As it is marketed more as digital gold, it can be considered a legitimate asset class if it reaches a fraction of the market capitalization of gold, almost $8 trillion. In fact, it is arguable that Bitcoin, with a market cap of $112 billion, is already a new asset class. Its market cap dwarfs silver’s $52 billion, even as Bitcoin has many more years of being mined than gold and silver.

Jamie Dimon, the CEO of JPMorgan Chase, has returned to bashing Bitcoin and cryptocurrency after nearly a year of silence. At the Aspen Institute’s 25th annual gala, he called Bitcoin a scam and said he has no interest in it. He added that world governments might attempt to outlaw and destroy cryptocurrencies because they cannot easily control coins. Dimon remains a adherent of the “blockchain not Bitcoin” school of thought, which believes that blockchain technology, not cryptocurrency, will be more likely to change the world. 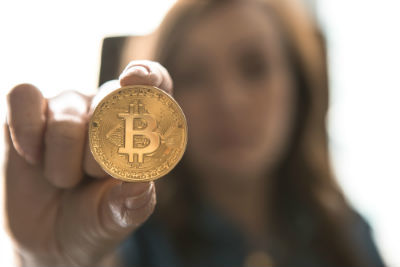 It remains unclear why Dimon has abruptly broken his promise of silence, especially as big banks like Goldman Sachs and even JPMorgan Chase are considering opening BTC trading desks and addressing investment requests by clients. He does have a point that world governments might apply more scrutiny towards the sector, especially if privacy coins enable more crimes like money laundering and consumption of illicit goods and services. However, his comments that Bitcoin is a scam seem unsupported.

Big banks are currently in a tricky place. They are pressured by client demand and earnings competition to enter the cryptocurrency space. But they are also fundamentally opposed to the libertarian spirit and ethos of cryptocurrency. It will be intriguing to see how they try to reconcile the paradox.