The Korea Herald reported on August 7th, 2018, that police had raided a local firm after allegations that it was involved in a crypto scam. The firm had promised its investors treasure from a sunken Russian warship. The Seoul Metropolitan Police sent over twenty-five investigators from their white-collar unit to collect evidence from the Shinil Group in Yeouido, Western Seoul, and seven other locations.

Back in July, Shinil released submarine footage of what appeared to be the wreckage site of an armored Russian ship, Dmitri Donskoi, that sank in 1905 during the Russo-Japanese war. The group also claimed the ship had been found off of Ulleung Island, east of the Korean peninsula. 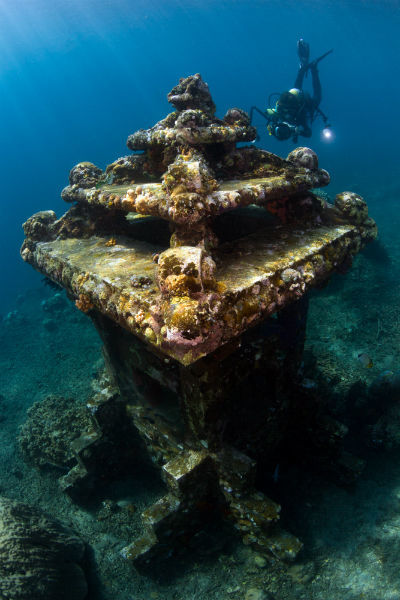 After the video footage was released, the Singapore affiliate of Shinil then pushed investors to purchase the firm’s own cryptocurrency, Shinil Gold Coin, pointing to the value of the shipwreck and that the value of the cryptocurrency would increase from two-hundred to one-thousand won ($0.18 to $9) by the end of September. By August 1st, Shinil raised sixty billion won ($54 million) from 100,000 investors.

However, during a later press conference surrounding the rumors, Shinil stated that they knew the information was incorrect and asserted that the gold was actually worth ten trillion won, or $9 billion USD. The firm was then caught in another lie when they filed for excavation permission from the Maritime Ministry, and stated that the value of the shipwreck was just under 1.2 billion won, or $1 million USD.

Police are still after the head of the Shinil’s Singapore affiliate Yu Ji-Beom who created the crypto exchange called Donskoi International and posted about the shipwreck on social media. Yu had previously been convicted for real-estate fraud and after this scandal has reportedly ran to Vietnam in hiding. Shinil’s CEO Choi Yong-Seok is banned from leaving the country until the investigation is resolved.