Amidst the surreal yet groundbreaking summit between President Donald Trump and North Korean leader Kim Jong-Un, stood Dennis Rodman sporting some interesting swag. The retired pro basketball star was seen wearing a black t-shirt with the phrase “Peace Starts with Singapore” surrounding the logo for Potcoin, a cannabis-focused alternative cryptocurrency. Rodman, being friends with both the president and North Korean leader, wanted to help in any way he could. He was not officially part of the summit in any way but was in the country to offer strictly moral support. However, Potcoin seemed to believe in Rodman’s foreign diplomacy capabilities and so they sent him to Singapore, wearing the shirt that spawned a trending hashtag. 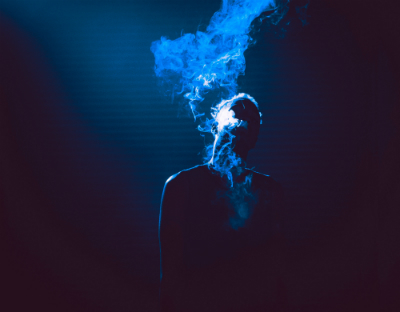 But what is Potcoin? Why is it needed? Around the same time the dispensaries were opening in Colorado, Potcoin started on January 21, 2014, by Canadian entrepreneurs at, not surprisingly, 4:20 PM. According to its website, Potcoin is “the first digital currency created to facilitate transactions within the legalized cannabis industry.” This could solve a huge problem many cannabis dispensaries are facing: their transactions are essentially unbankable. Despite being legal in many states, cannabis is still federally illegal and classified as a Schedule 1 drug (viewed in the same light as heroin and cocaine). Due to the Controlled Substances Act, banks face severe legal risks when doing business with dispensaries, including loss of their federal charter or deposit insurance. As a result, banks aren’t willing to take on the huge financial risk which results in dispensaries being only able to accept cash. This leaves the dispensaries vulnerable to robberies, start-up business loans are near impossible to get, and paying taxes on cash is a nightmare.

All of this leads to another key benefit that Potcoin can offer: If a dispensary is seized, the funds through Potcoin are secured through the blockchain and cannot be accessed, taken, or even viewed. The altcoin company introduced Potwallet, a PayPal like service and makes using Potcoin easier, and opened an ATM linked to the cryptocurrency. Potcoin is also no longer minable. Instead, the altcoin takes a page from Ethereum’s protocol and uses the “Proof of Stake” method instead of the traditional “Proof of Work.” Users can earn up to 7% interest on the currency. This protocol alleviates the strain on the computer hardware and encourages loyalty. In simplest terms, the longer the coins are kept, the more likely someone is given the chance to “forage” and earn the transaction fee. There are a few other cannabis-focused cryptocurrencies out there such as Cannabiscoin and Dopecoin, but Potcoin is the most popular. So what does this have to do with Dennis Rodman? 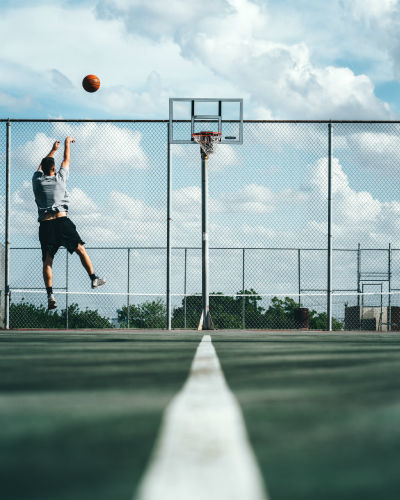 Potcoin teamed up with Rodman last year after their successful partnership with WeedMD, a Canadian federally licensed producer/distributor of medical cannabis. The altcoin company sponsored a previous trip to North Korea for Rodman right after the partnership. Shawn Perez, a representative of Potcoin told The Washington Post, “We believe in Dennis Rodman’s mission to bring peace to the world,” and even went as far as saying “We at Potcoin definitely believe that Dennis Rodman deserves the Nobel Peace Prize jointly with President Trump and the Marshal Kim Jung-un.” Whether or not the former NBA star will be the symbol to usher in a time of peace for the world, one thing is clear: Potcoin knows how to market themselves. When Potcoin paid for Rodman’s trip to North Korea last year, the price jumped up 19% with Rodman sporting hats, shirts, and other merchandise. And last Tuesday, it did not hurt Potcoin when a teary-eyed Rodman talked about the success of the summit in an interview with CNN that seemed to take over the entire internet. This bumped up Potcoin again by 20% after the celebrity visit. As Rodman, of course, was still sporting his “Peace Starts with Singapore” shirt in the interview. Ironically cannabis is very much illegal in Singapore and the maximum sentence for being caught smoking it is the death penalty.

As the world waits to see what will happen between the two world leaders, Dennis Rodman continues to spread his message for peace. While Potcoin gets a piece of all the publicity surrounding the first of its kind summit. Sports reporter Darren Rovell tweeted: “4.1 million: Equivalent advertising that Dennis Rodman garnered for cannabis cryptocurrency company Potcoin.” Potcoin was able to capitalize on the new celebrity status of politics as conversations of new foreign policies started with North Korea and the United States. While peace started with Singapore…and Dennis Rodman.