Recently, you may have heard the heralding call for Estonia as they beckon for start-ups and digitally-minded companies to their country. At the turn of 2017 to 2018, news sources were awash with the chatter of smaller nations that are considering a shift to a nationalized Initial Coin Offering (ICO). The first nation-state to voice their intention was Venezuela, with others following shortly after them. While other nations and companies are presenting plans of developing an ICO, there is one that we should keep our eyes on, Estonia. The small Baltic nation-state of Estonia was the second to announce their intentions to create an ICO—although, the announcement was from Kasper Korjus, the author of the proposal and managing director of the E-residency program. The proposed Estonian ICO, Estacoin, was introduced in an article penned by Korjus. However, there have been unfavorable responses from both the Estonian government as well as the European Central bank. 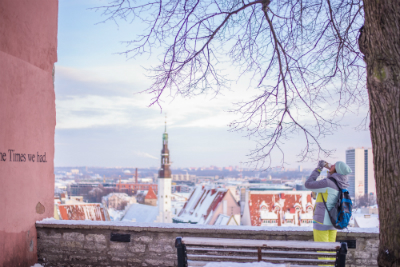 Estonia has shown significant progress over the past seven years. Formerly one of the poorest nations in the Eurozone, Estonia is now a vanguard of crypto-commerce technologically-based developments—Skype being one of the most well-known products to come out of the country. In an attempt to attract foreign companies, Estonia offers free wireless internet, lenient business environments, inexpensive utility prices, and favorable tax laws. One of the progressive acts to incorporate foreign companies has been the E-residency program. The E-residency program is an online program for non-Estonians to register their company in Estonia. It is a quick process that verifies and makes sure that the company is complying with Estonian tax laws and banking regulations. With the E-Residency program, Estonia is developing itself into an ideal techno-polis for digitally-based entrepreneurs.

In his article, Korjus proposed his hope to combine cryptocurrency with his E-residency program with the goal to attract start-ups, entrepreneurs, and crypto-mining services to Estonia. Korjus hopes that the Country can become a forerunner to expanding and founding a common currency that would streamline commerce in the Baltic region—specifically, Finland, Ukraine, and Russia. He proposed that Estcoin would be supplementary to the existing standard in Europe - The Euro. While Korjus is optimistic with his proposed ICO, authorities in the Estonia Government and the President of the European Central bank hold polarized views. 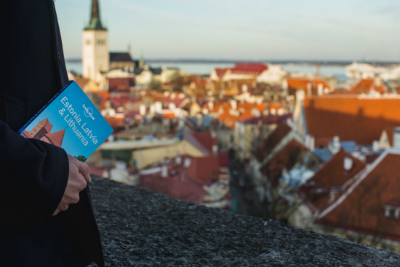 It is not a secret that centralized banking conglomerates, such as the European Central Bank (ECU), hold strong reservations against cryptocurrencies—since they lack the means of regulating and controlling them. Officially, the President of the European Central Bank, Mario Draghi, firmly stated that Estonia would only use the Euro. The firm stance from Mario Draghi might be the fear of a failing Euro. While the Euro is currently worth more than the US Dollar(USD), a recent MarketWatch article from Anneken Tappe, suggested withdrawing investments from the Euro. Informed by David Woo, an analyst at Bank of America (BOA), she outlines that a whole host of influencers—China’s economic inflation, loss of Euro momentum, and increase if benefits from USD investments—all devalue investments in the Euro.

The whole debacle of Greece’s economic collapse added to the strains on the European Union and the Euro. Additionally, the surge of foreign investors purchasing production plants and trading hubs might be influencers of the possible collapse of the Euro. With the amount of strain suffered by the EU and the Euro over the past few years, the loss of Estonia—if not the whole Baltic region—might be the coup de grâce. Currently, Estonia’s Economic authority, Ardo Hasson, has publicly announced that there are no current plans to introduce a nationalized ICO. However, the Estonian government did not embrace the popularity of cryptocurrency until 2017. The late acceptance may be due to Bitcoins difficult, taxing regulation. However, the digitally-progressive acts of the Estonian government show their readiness to embrace the cryptocurrency age. Now Estonia classifies digital assets (read: companies, crypto-mining nodes) as property, and only cryptocurrency transactions are regulated, which means that crypto-mining faces minimal regulations. There is no limit on the number of cryptocurrency investments within the country and their E-residency program.

Cryptocurrency as a nationalized currency

When compared to other developed nations, and even superpower-nations, Estonia leads the way with their willingness to incorporate new companies—especially, cryptocurrency mining groups. Currently, Estonia is only dealing with pre-existing cryptocurrencies—like Bitcoin. However, what would it mean if the Estonian government supported a nationalized ICO? If a country were able to nationalize an ICO, then they would have control of a currency that is designed to be free of a central governing authority. From an official standpoint, the Estonian government may be holding their cards close to their chest by not publicly supporting Estcoin—although, that may change within the year. Logistically, it is far too premature to conclude if a national ICO could stand on its own. The true testament will be if nation-states, such as Estonia, will be able to maintain a stable economy after changing their currency from a physical one to a digital one. Estonia’s success, like all venture capitalist movements, depends on solving the variables and weak points within the cryptocurrency infrastructure. Kasper Korjus seems to be on the right track with starting small with his E-residency program and drawing in a global collective of like-minded individuals into one group. We eagerly await the results from Korjus’s experiment.