In 2012, during parliamentary elections, the Panhellenic Socialist Movements (PASOK) and New Democracy, which both took the pro-EU position publicly advocating for harsher austerities measures, had a decrease in popularity while The Coalition of the Radical Left (SYRIZA), a left-wing party, experienced a rise in popularity.

This resulted in the SYRIZA party becoming the second biggest sector of the Parliament of Greece and a surprising supporter of the European Union austerity program. Even with austerity program support, the unemployment rate in Greece still rests at around 19.0% as of July 2018. This unemployment coupled with a higher poverty rate than most other developed countries has resulted in many Greek citizens taking cryptocurrency more seriously since it first started gaining popularity in 2014. Could cryptocurrency provide relief from their economic crisis? 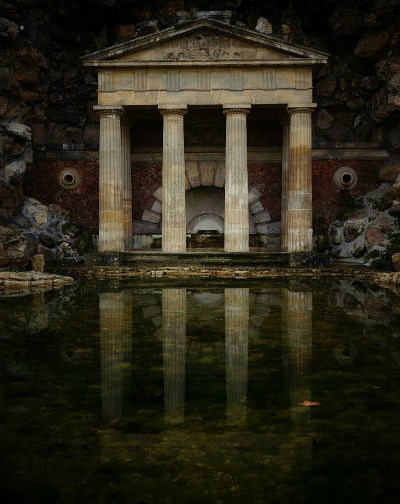 Greek author and blockchain expert Andreas M. Antonopoulos has bridged the gap between novice learners of blockchain technology and its experts. He serves on the Oversight Committee for the Bitcoin Reference Rate at the Chicago Mercantile Exchange and has spoken to a myriad of audiences on the subject of cryptocurrency and its worth in the booming digital age.

Antonopoulos acts as a traveling speaker, educator, and best-selling author. He has taught at the University of Nicosia and has appeared as an expert witness in global hearings concerning blockchain for the Australian Senate Banking Committee and the Canadian Senate Commerce. He has been called an “evangelist of cryptocurrency” throughout his tour by well-meaning cryptocurrency supporters.

Antonopoulos, along with a few others, have spearheaded critical intrigue into the world of cryptocurrency by explaining it in simple terms for everyday individuals to understand. In his interview with Bitcoin Magazine, he surmises that global interest in Bitcoin has occurred, in part, because it “gives [people] the feeling of belonging to this kind of adventure — that goes against the grain, that is outside the mainstream, that is niche, and a bit of feeling that we’re the underdog fighting the great forces.” 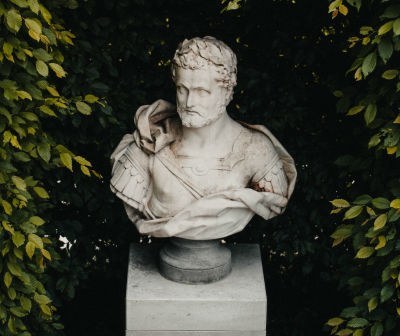 This seems to be the case in many areas, but would Greece be considered one of them? The answer could be yes. When banks in Greece shut their doors to the public in the summer of 2015, many Greek citizens turned to the internet for an answer and found cryptocurrency. Several trading platforms, from the Chinese LateBTC to the Polish exchange, Bitcurex, experienced a spike in questions from the people of Greece. These questions included “Is Bitcoin a legal currency in the EU?” and “Do you have a Bitcoin ATM located in Greece? When banks reopened later in the year, the interest in cryptocurrencies persisted.

During the time of the June 2015 bank closing in Greece, there was only one Bitcoin ATM available in the entire country. Currently, in November of 2018, there are now five, and they’re expected to increase in number for the next few years. According to the Greek Reporter, “as the cryptocurrencies continue to grow, so will the number of ATMs and the transactions conducted through them.”

Throughout the unfortunate economic issues in Greece, several government officials had to consider the polar sides of cryptocurrency’s positive and negative attributes. Despite its volatile market and the barriers to accessing it, the opportunistic officials note that Bitcoin and other digital currencies are globally recognized as a great decentralized form of payment.

According to the U.S. governmental Library of Congress, the Bank of Greece has issued only two warnings on the subject of cryptocurrency usage between February 2014 and February 2018. There has been very little faith regarding the digital currency in this country (the United States), with regulators considering it, as many do, to be a ponzi scheme.

Regardless, many Greek residents have continued to seek solace in the digital currency. There are Facebook groups, such as the Bitcoin Community Greece and Cryptocurrency Greece that aim to educate the Greek population on the investment opportunities within cryptocurrency.

A few projects surrounding cryptocurrency have begun to form and evolve in Greece. The Hellenic Blockchain Hub (HBH), for instance, formed with the intention of spreading information and dispelling myths about the blockchain technology throughout Greece. This non-profit organization offers workshops, seminars, and other events to get its message across to the Greek public for the improvement of the local economy.

Other than the HBH, the SuperNET has shown interest in debt relief in Greece. It was founded in 2014 and has built up over 700 members in the largest collaborative network of digital currency developers and enthusiasts in the world. Its entrant, Drachmae, offered the “Blockchain Solution for Greece Project” in 2015.

Lee Grant, the founder of Drachmae, toured Greece to test Drachmae as an “innovative solution” for the lives of Greek citizens. Agistri residents were invited to test out the Nautiluscoin while partnering with the technology used by Drachmae. The results of this test have not been posted to the internet at the time of this article.

Many forecast that the debt crisis that currently exists in Greece will slowly diminish between now and ten years from now. The increase in interest among the few people in the country concerning cryptocurrency may continue as the country slowly grows past its economic issues. With the inclusion of cryptocurrency, Greece is likely to see an improvement in debt relief as the bailouts from the EU also continue. The intrigue may create more startups and add solutions to the dialogue that exists surrounding the issue. In short, the appearance of cryptocurrency in Greece is that of untapped potential for its growing economy.