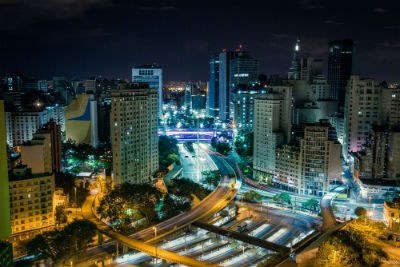 According to an article by the Netherlands Enterprise Agency, blockchain is still burgeoning in Brazil. In the same paper, Brazil is cited as the 4th largest country to trade blockchain as of September 2017. This rapid growth has caused the Brazilian government to consider many regulations for the recently marketed sector.

In January 2018, the word “cryptocurrency” brought images of risk and cautionary tales of illegal activities in the minds of the Brazilian regulators. As the economic status of blockchain and cryptocurrency continue to grow into a viable payment option, the Brazilian government held onto its suspicions of the cryptocurrency industry. By this time, Brazil’s Securities and Exchange Commision (CVM) had announced that it “doesn’t consider cryptocurrencies to be financial assets” (Bakker 2018).

The Central Bank of Brazil

Brazil’s Central Banks began developing methods of cryptocurrency usage for regulatory purposes. In June of this year, the Brazilian Central Bank (BCB) had announced that it was planning a blockchain data platform for the country’s regulators. At the time of the announcement, it began to use the Information Integration Platform for Regulators, otherwise known as Pier.

Pier allows data exchange between Brazilian regulators and the Central Bank. On the list of those who are currently using Pier is the Superintendence of Private Insurance, the Securities and Exchange Commission of Brazil, and the National Pension Funds Authority.

Pier is used for information on administrative sanctioning processes, the conduct of financial institutions’ officers, and the corporate control of entities regulated by the Brazilian Central Bank.

One may wonder why Brazilian regulators have decided to implement blockchain technology in their favor. According to the officials that were quoted in Tedra DeSue’s Cryptovest article, “Blockchain was chosen for the project because the technology it provides a horizontal network of information-sharing between the regulators connected to Pier.”

Also, Aristedes Calvacante noted how in the blockchain platform, every data request is recorded using cryptographic signatures so that “it is possible to certify at any moment the authorship, and that no entity has tampered with the data, and thus guaranteeing information authenticity (DeSue 2018).” This line of reasoning accounts for the ease of use that blockchain provides the regulators, and could lead to potential growth in the blockchain through the need of Pier among them. 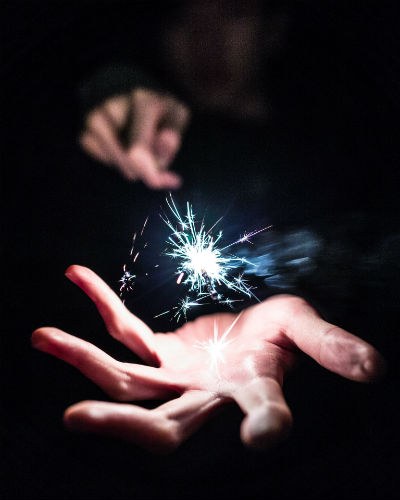 One energy company that has implemented blockchain technology into its product is Energies de Portugal. This company has become the first of possibly many companies to use blockchain technology to keep track of energy consumption and the distributed generation that comes from its customers. Energies de Portugal works alongside the Austrian company, RIDDLE&CODE. RIDDLE&CODE created a permanent cryptographic tag onto their technology.

The attachment of these tags to domestic energy meters, measurements of each user’s co-consumption, and the facilitation of calculations for charging and taxing the users become possible without having to install an intelligent meter. The company has the ability to assess quickly whether there was an excess of energy consumption or whether a user deserves a discount.

There are only three agents involved in the blockchain technology of the energy consumption meter: the user, the distributor, and the distribution generation plant. Among the many benefits of this meter, blockchain provides it with qualifiable veracity, transparency, and traceability of data. It also enables the possibilities of registering the user and the remote meter reading of conventional meters.

Another company that pulled interest into its name is Via Varejo. This retail giant, which owns home appliance and furniture chain Casa Bahia, has partnered with the blockchain payment service, Airfox, according to their press release in September of this year. Via Varejo is integrating the usage of Airfox’s digital banking platform on its e-commerce platforms and in 1,000 of its offline shops.

Airfox is a mobile financial service that began in February 2018 that includes fiat and blockchain payments through its ERC-20 based AirToken (AIR). It had recently launched an app in Brazil, and thus provided millions of Brazilians with access to feasible money transferring system between themselves and many retailers.

All of the 60 million consumers of Via Varejo will soon be able to purchase goods in Casa Bahia through the Airfox platform or use microloans that are provided by the retail group. Reportedly, consumers can also use the Airfox app for personal finance, such as depositing and withdrawing cash, at the chain’s location.

The press release that was announced earlier this year stresses the importance of the collaboration for mass adoption of blockchain-powered payment plans. Airfox would be able to “extend its mobile digital wallet to Via Varejo's national customer base and drive mainstream adoption.” 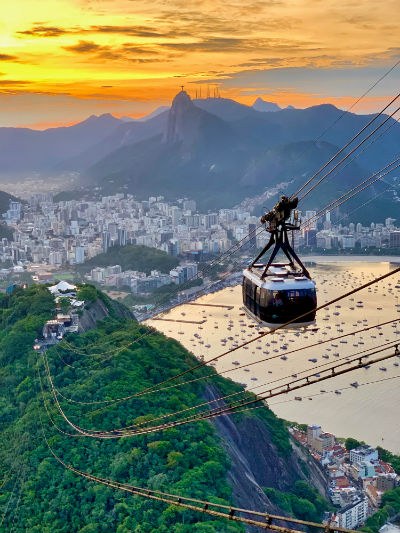 The Administrative Council for Economic Defense (CADE) in Brazil has probed into alleged monopolistic practices that involve six major national banks that operate within the cryptocurrency space, according to one Blockonomi article.

The context of the investigation that the CADE of Brazil is committed to being around the many Brazilian citizens who have crypto trading accounts than those who have stock brokerage accounts. According to the Blockonomi article of September of this year, a dream among young men and women that has been spreading throughout Brazil is that of leaving their current jobs and “making it big” and retiring from their cryptocurrency earnings. Because of such a dream, CADE had a tense relationship with cryptocurrencies, like Bitcoin and Ethereum.

The investigation that CADE launched was requested by the Brazilian Association of Cryptocurrencies and Blockchains (ABCB) after there were complaints of brokerages involving the performance of Central Bank of Brazil, Bradesco, Itaú Unibanco, Santander Brasil, Banco Inter and Sicredi. In an attempt to lobby the government around cryptocurrency regulation, a group of blockchain enthusiasts started the Brazilian Association of Cryptocurrencies and Blockchain.

It is headed by a former president of CADE, Fernando Furlan. The lobby group was created to lead projects around taking in and implementing global advances around cryptos and blockchain. The ABCB has been dealing with opposition to its complaints and practices alongside Brazilian banks for a while. Earlier in June, the association announced it would report the banks to the Brazilian Council for Economic Defense to check the approach of the banks, which it considers “abusive.”

The investigation note is quoted as stating “Imposing restrictions or even prohibiting … the access of crypto-derivatives brokers to the financial system, which, in fact, can bring losses to brokers.” This act of investigation has resulted in a divide between users of the traditional fiat currencies of Brazil and those who side with people within Fernando Furlan’s lobbyist organization. Later this year, banks closed and barred off usage of cryptocurrencies in Brazil.

According to Ethereum World News article in October 2018, this standoff between CADE and the lobbyist group ended with banks, including the Central Bank reopening exchange accounts. In two different lawsuits, Federal Courts in Brazil have ordered Banco do Brazil and Banco Santander to reopen the bank accounts of Bitcoin Max cryptocurrency exchange. In the Banco Santander case, the bank was expected to reopen accounts or pay a fine of $1,300.

These lawsuits resulted in the reinstating of cryptocurrency as a norm in Brazil. Although these injunctions against Santander and Banco do Brasil can be perceived as a victory for the crypto industry, the struggle is far from over. These court decisions are not the final judgment in the case against the two banks.

Within Brazil, there seems to be an ongoing battle between regulation and usage of cryptocurrencies. Despite this, blockchain continues to thrive in a risky country for its technology. Banks and regulators in the financial sectors of blockchain are wary of the relatively new technology, regardless of their usage of the technology. Companies and lobbyists see the worth in the growing financial and technological advancements that blockchain provides, and until the regulators have a full understanding of it, they will be behind the learning curve of its provisions of progress.