What are Mining Pools? 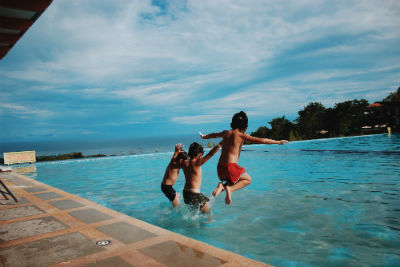 Mining pools, otherwise known as “pooled mining”, are joint groups of cryptocurrency miners who work together to reduce the volatility of their individual returns.

Why Be in a Mining Pool?

For those who participate in a mining pool, the revenue from daily mining is more predictable than if each person in the pool decided to mine alone. Other reasons to join a mining pool include:

As 2018 comes to end, there have been a steady list of mining pools that have maintained credibility.

SlushPool: This mining pool is the fourth largest mining pool and the oldest thriving one to exist on the internet for many reasons. It has an excellent reputation for accuracy and less volatility in the mining circuit, the sign-up process is known for being simple, one can register their preferences about the kind of mining they want to achieve, and the site allows novices to learn the basic information of mining through a demo-miner. One disadvantage is the relatively high fees when SlushPool is compared to other big mining pools.

AntPool: At the time of this article’s publication, AntPool is the largest operating mining pool. It represents just over 25% of the worldwide hash power. Bitmain owns and operates it from its firm in China. This mining pool is innovative in its procedure of spreading it through the peer-to-peer mining protocol that allows your device to link to the one nearest to you during your device’s setup, leading to a faster and more reliable connection. Users can choose how they would like to receive their pay-outs: through the Payment Per Share (PPS) and Payment Per Last N Shares (PPLNS). The pay-outs are usually smaller than those of other mining pools, but the list of advantages outweigh this disadvantage.

BTC.com: BTC.com is considered by TechRadar to be “a large pool with an innovative rewards system”. It represents over 20% of the hash power while only supporting the mining of Bitcoin and Bitcoin cash. BTC.com presents to its users its own method of rewarding miners: Full Pay Per Share (FPPS). This method works by allowing for the calculating of a standard transaction fee within a given timeframe, adds the transaction to the block reward, and then distributes the whole to miners as with traditional PPS. This results in much more lucrative mining. Some online news outlets and users have complained of the BTC.com site’s minor navigation issues, but they are able to find their site destination regardless.

KanoPool: Despite only representing 0.3% of global hash power, this mining pool is popular based on its low mining fees and easy setup in comparison to the mining pools that have preceded it on this list. It doesn’t require registration because one only has to give their BTC wallet address as the username to start mining. Those who choose to register for an account on KanoPool can view more detailed statistic about it. Its pool fees of 0.9% is included in the block reward, resulting in the relatively generous pay-outs. One disadvantage of the KanoPool website lies in what some tech-savvy users consider “simplistic” style. However, the lack of complex pieces has been a part of its reputation to the extent that the simplicity is sought after by novices.

F2Pool: This mining pool represents around 5.5% of the global hash power. The pool is one of the most diverse of its kind, allowing each group the options to mine Ethereum, Litecoin, Zerocoin, Siacoin, DASH and Monero along with Bitcoin. Much of the site has been streamlined since its creation in 2013, but the sign-up process of the F2Pool site requires one to call in with their information instead of registering an account online.